What happens when ecommerce “superheroes” team up for a high-profile, never-done-before project? Magic of course!

Mad Engine is a licensed apparel wholesaler and print-on-demand manufacturer with a rich 35-year history. In this time, they’ve built an impressive roster that includes some of the world’s most recognizable brands, such as Lucasfilm, Nickelodeon, Disney and Marvel.

As part of Disney’s initiative to expand access to officially licensed merchandise for smaller sellers via Shopify, Marvel approached Mad Engine to do something that has never been done before. They were to develop a Shopify app that allows businesses to add officially licensed Marvel merchandise and sell it directly from their Shopify store. Think t-shirts, sweaters, mugs, phone cases and other products adorned with the iconic characters that we all know and love. 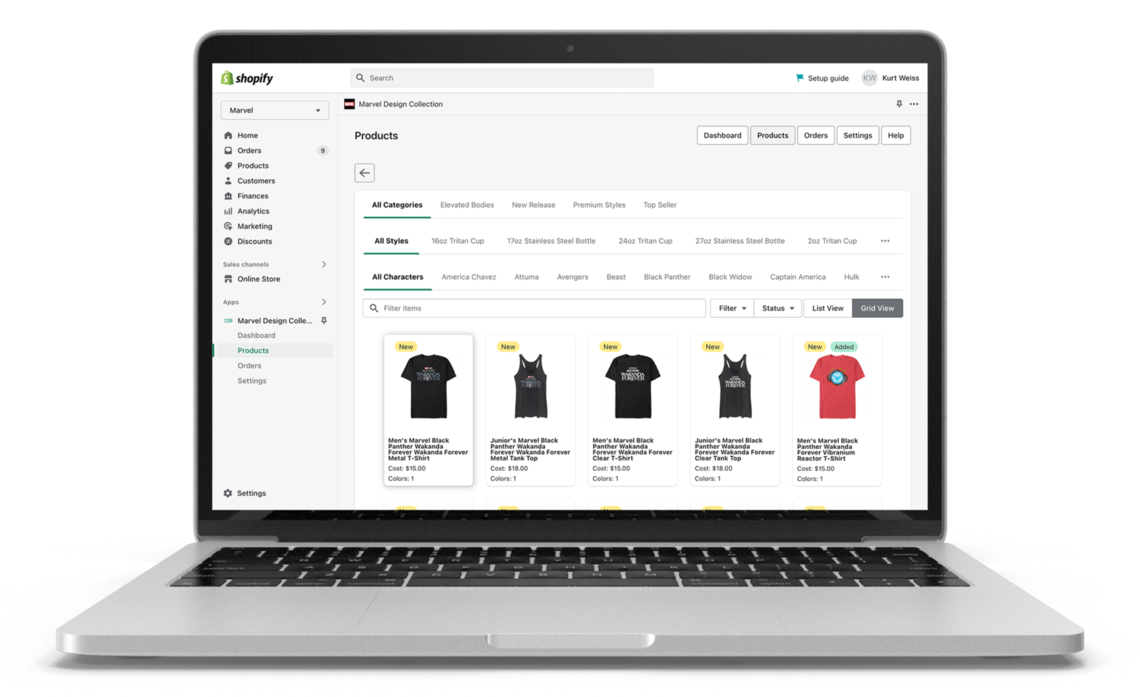 But Mad Engine couldn’t do this on their own. They needed a partner that could handle the heavy demands of this project and asked Shopify if they had any recommendations. Our partners at Shopify reached out to us to see if we would be up for the challenge. Not only did we say yes immediately, but we were giddy with excitement.

As seasoned Shopify experts that have a track record of success with high-profile enterprise clients and print-on-demand businesses as well as deep roots in Hollywood and the entertainment industry, we knew we could bring help Marvel’s vision to life.

"We were impressed with Sunrise Integration’s Shopify development experience, clear communications, and ability to deliver on their promises." 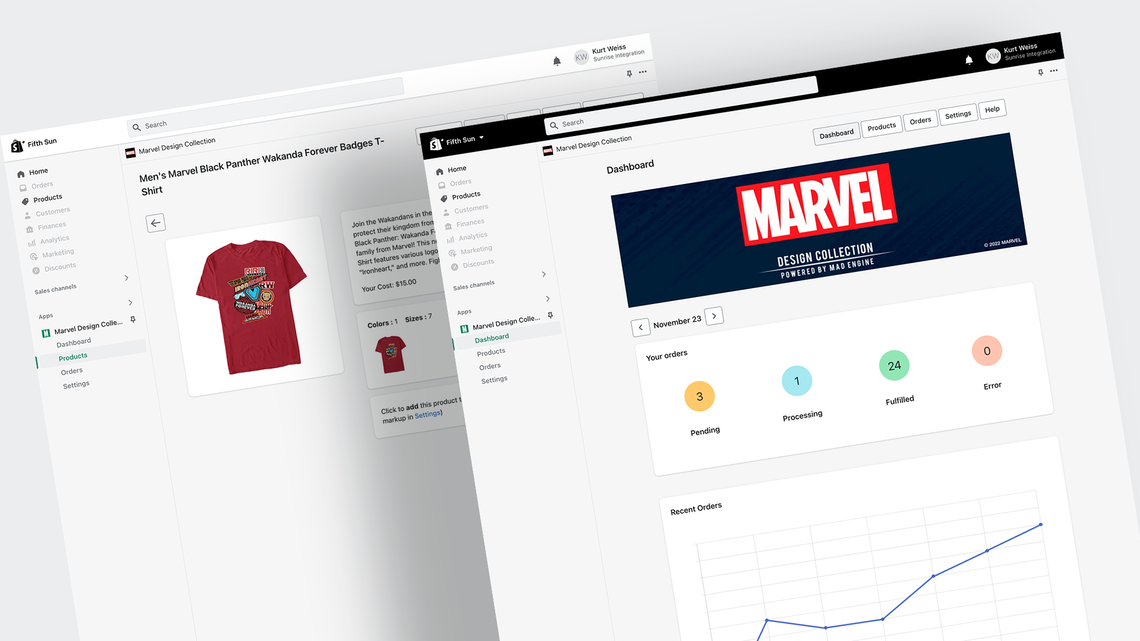 Mad Engine’s main goal was to gain the ability to import licensed products from the catalog so that store owners can publish those products on their own Shopify stores. After an order is made, their team prints, ships, and fulfills the licensed content directly to the store owners.

Our developers needed to develop and design the Marvel Design Collection app in a way that would allow it to operate at massive scale due to the global popularity of the brand and to meet the demands of a large volume of merchant installations and sales orders. It was a tall order, but we were there to save the day. 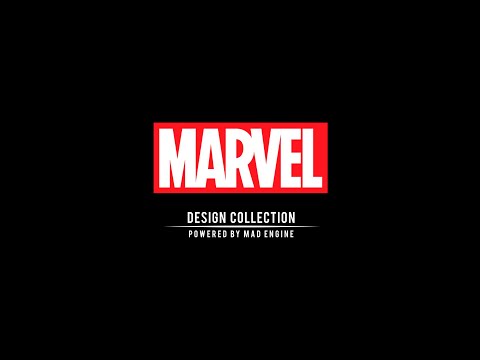 After thorough discovery and requirements gathering, our team began designing and building the Marvel Design Collection Shopify app and the associated administration portals, sub-systems and workflow automations from scratch. Our team employed an Agile workflow to ensure we reached all milestones on time and on budget.

Our developers needed to build the following functionalities for the Shopify app:

We were also charged with building:

In addition to building the app itself, we provided Mad Engine with collaborative guidance on the architecture and development roadmap to ensure stable platform architecture that would meet the demands of the Shopify ecosystem.

Marvel is the first major entertainment company to curate a lifestyle catalog for the millions of Shopify merchants, who can now sell officially licensed Marvel lifestyle products to their customers with this app. What was previously impossible, yet highly sought after, is now accessible to many businesses.

As the most high-profile app in the Shopify store–Mad Engine and Marvel are making a big splash and growing their presence in the ecommerce landscape!