Data encryption is the most important way to ensure information can't be stolen or intercepted for malicious purposes. Let’s review how our development team tackles security for the different conditions of data. 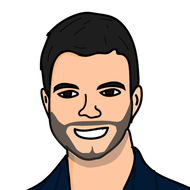 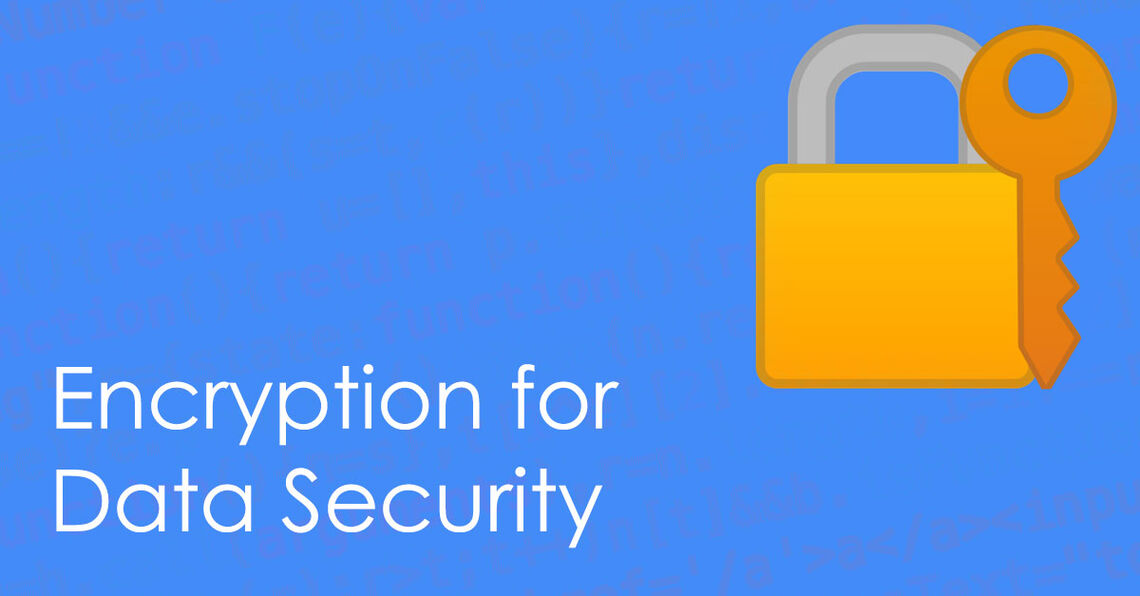 Why Do We Need Data Security?

Today's apps and services handle private user data, so it's important to prevent this information from getting into the wrong hands. When developing an ecommerce site or mobile app, data security should be one of your top priorities. Our data team takes this responsibility very seriously and focuses on security during the development process.

Data security refers to the process or systems put in place to protect databases, apps, websites, and personal computers against hackers, viruses or unwanted access. Businesses and companies need to think about security when developing applications or designing systems. Failure to consider security could lead to monetary losses, loss of consumer trust, poor company reputation and more.

When should data be encrypted?

Let's face it, hackers and scammers are out there looking to exploit services wherever they can. The best defense against these malicious attackers is to invoke data security methods at all touchpoints of your service. Data security needs to be taken into account early in the development process. Your development team should have a plan to deal with security during the various states of your data communication and usage including:

For the best possible security plan, your data should be secured in each of these states. Depending on your app, you could be dealing with sensitive data like credit card numbers, social security, passwords, address, bank information, and more.

Let's examine each of the data states and see how to best keep this data secured. We'll also review the best practices that the Sunrise Integration development team uses when creating a secure app and service for clients.

Data at rest refers to information that is stored in an on-premises or cloud system and is not in active use. Even though the data isn’t traveling across a network, that doesn’t mean it’s safe from attackers. Encrypting data at rest protects a business from physical or virtual theft of the database, file system or storage devices. Because an enterprise company has so much data at rest, it's recommended to encrypt all files. Hackers can try and target this data, but they'd soon realize that encrypted information is useless to them.

Attacks against data "at rest" include attempts to obtain physical access to the hardware on which the data is stored, and then compromise the contained data. Many inexperienced developers fail to use encryption to protect their data when it is at rest. If you have a business with a consumer platform or application, then you need to make sure your developers encrypt all sensitive data at rest.

So how can we prevent access to this data? A good start is to enforce basic security measures such as antivirus software and firewalls to secure the data from outside attacks. Preventing hackers from accessing the data in the first place is only the topmost layer. You still want to encrypt the data in case any breaches occur. That way you are protected on two fronts. Even if the data is compromised, the encrypted information is useless to the hacker.

When we refer to data "in transit", it means the data is moving between systems. This could be data from a mobile app communicating with a server, or a website sending data to an API. Think of a bank that offloads bags of cash to the armored truck in the parking lot. Those bags of cash are vulnerable to attackers while it's moving to the truck and then again while it's moving on the vehicle. The bank has big guys with guns following the bags of money protecting it throughout the journey. This is a similar concept that applies to data. You need to protect your information while it's moving through platforms like Slack, emails, or a website.

One common tactic that hackers use to steal this data is known as a man-in-the-middle attack. This is when an attacker is positioned between two communicating points in order to intercept the data. There are a few different terms for this like sniffing, package injection, session hijacking and DNS spoofing. If a hacker can intercept this data, then they can steal your information while it's moving through the network. Unencrypted data is like a CNN banner broadcasting information for all to see. You need to encrypt this data so even if it's grabbed while in transit, the information is unintelligible to the hackers.

The most important aspect to protect data as it's moving across the internet is to employ encryption and authentication for all data packets. The idea is to make the data unintelligible while in transit to keep it private. So even if an attacker was able to intercept the data, it would be useless. This security concept works by encrypting the data before transmission and decrypting it upon arrival. Anything in between is protected as only the proper destination has the keys to unlock it.

Data in use includes data that is in the process of being created, retrieved, updated, or deleted. When you're typing information into a web form, that is data "in use." There is also data in the memory of the computer and servers. For most services, this data is vulnerable when it’s being viewed or entered by an end-user or even an employee. Data is most vulnerable when it's being used so proper attention must be given to this state.

Preventing Attacks In Use

So how exactly can hackers steal data if it is being created or entered by a user? The end user's computer could be infected with a virus or a keylogger. This type of virus will actually transmit the user's keystrokes back to the hacker as they are being typed. Traditional encryption does not protect against a real-time keylogger, so different precautions must be put in place. For starters, antivirus/anti-malware software must be enforced wherever possible. It's also important for companies to monitor login attempts to all business platforms and servers. Tracking logs to find suspicious activity is a good way to see if any hackers are trying to get to your data.

We Implement Security Into Your Development

Keeping data encrypted is essential for any large or small business. Make sure your development team knows how to protect your data and keep hackers out. 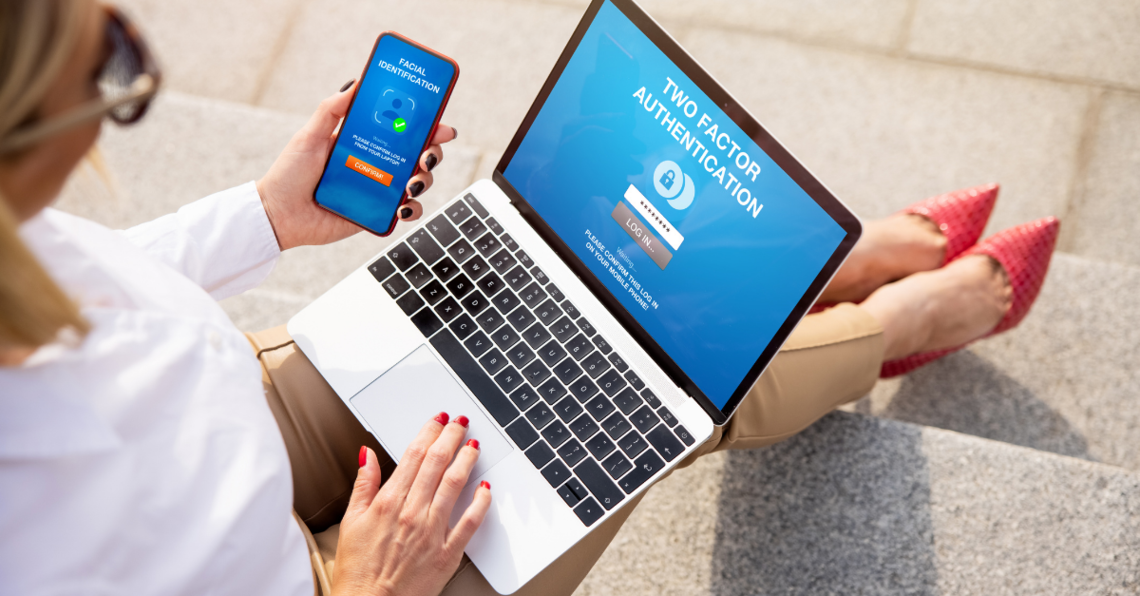 How to Create a 2FA Generator: A Step-by-Step Guide 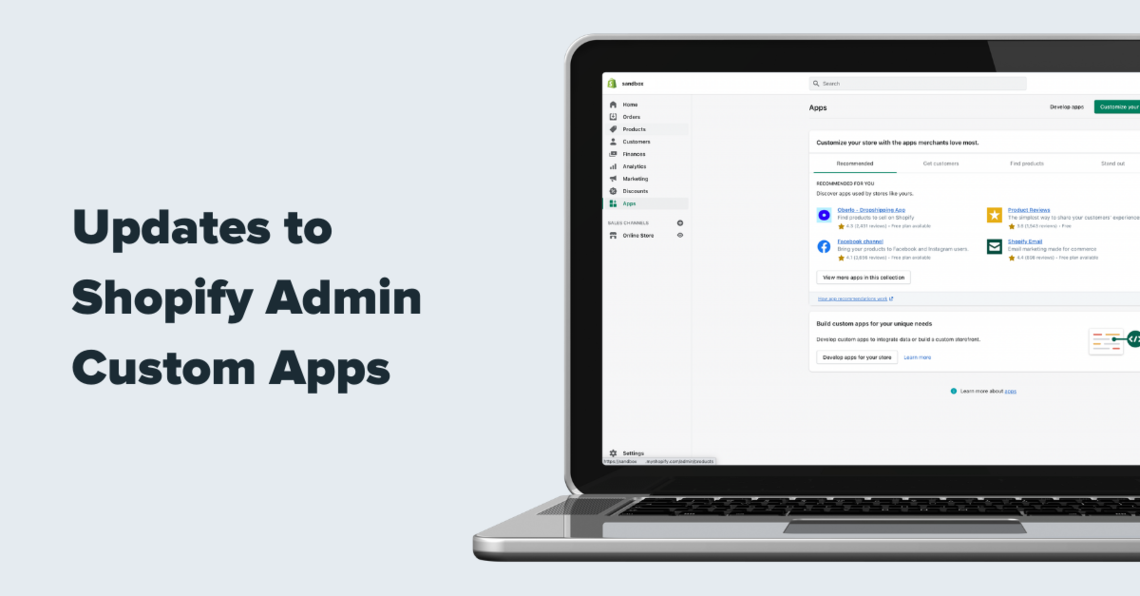 How do I use a custom app instead of a private app for my Shopify API connection?